We’ve helped amazing teams proactively plan and gracefully sidestep each potential pitfall that comes their way. But, we’ve also witnessed some wincingly bad situations. It’s hard for anyone on the team to be in the room at those times, and that can make it tempting to point fingers and place blame. Blame quickly becomes a monster in the room that we all fear.

Perhaps you’ve felt that monster breathing down your neck. Or, in that situation, are you quick to point a finger of your own?

As writer and lecturer Dale Carnegie once said, “There is no such thing as a neutral exchange. You leave someone either a little better or a little worse.”

Don’t be fooled, that’s not a rant. Carnegie’s ideas around interpersonal relationships advocate that approaching situations with empathy — or in other words leaving them a little better for the other person — is actually the sure path to achieving an outcome that mutually benefits your goals. The key is to focus on shared interests. Alternatively, what results from focusing on self-interest before shared interest?

Welcome to our product design nightmares. We’ve seen each of the scenarios below leave projects irreparably worse. Don’t despair if they strike close to home. As you’ll see, each one can be prevented with a process built around empathy.

Our first nightmare takes place late in the process. It’s the 11th hour and seemingly out of nowhere hundreds of hours of hard work are scrapped because a critical management level employee quits or is reassigned.

The design gets marooned and no one knows how to (or worse, why you should) proceed.

A sole stakeholder has been holding the project together. No one advocated for the team to share ownership in the design. The work was kept too close to the chest and trust wasn’t formed with the organization at large.

The designer and project owner can build trust by establishing an inclusive process for reviewing designs. Put yourself out there for candid feedback. A regular, balanced schedule for “all-hands” reviews will keep everyone engaged with the vision of the project without needing to include them in every conversation along the way.

By engaging a wider circle of stakeholders and collaborators earlier in the design process we are able to build trust and spread out knowledge behind the how and the why of the design.

The design falters as the budget is burned up trying to bring a single stakeholder’s pet vision to life.

The designer was really just the pen in an executive’s hand, often playing the “bring me a rock” game. Instead of planning to established requirements, the product owner was chasing around after a shifting executive vision — often not tethered to user needs and objectives everyone understands.

An up-front discovery process establishes a shared understanding of why we’re designing before we set out on the what. Be proactive early in the process to clarify and gain consensus from everyone on the objective of the project.

By establishing a clear user-centered objective, we can track back to solving a real problem. In doing so we can translate that certain someone’s open-ended vision into a measurable end result.

3. Mutiny on the Backlog

This one is for the designers. You’ve created your masterpiece and you’ve delivered it to the devs who need to bring it to life. Time passes. When you check in on progress, what you find is a shocking departure from what you had created.

The design is scrapped by a rogue group within your product team that splintered off the design process because they were never getting what they needed.

Sadly, this usually happens when a designer is too high and mighty to listen or collaborate. (They probably aren’t reading this blog.)

As designers, we need to meet, collaborate with, and listen to product managers and engineers earnestly. It allows for the candid conversation that keeps our own egos in check.

A designer who collaborates and establishes shared interests will find the resulting code is impressively close to their original designs — and sometimes even better.

Here we have another scenario in which the end product differs drastically from the original design. It isn’t ego at fault here, it’s lack of visibility. The designer was siloed, and, from the start, never knew the full scope of the problem the team was trying to solve.

The resulting designs delivered only a fraction of what was needed and the rest was left to engineers to tape together as best they could.

The designer was hired for too narrow a purpose and wasn’t brought into the planning process that allows them to work holistically. It’s then worsened by an environment in which the designer’s explorations and questions continue to be limited to “only the task at hand.”

Product owners need to make sure that everyone is working to a comprehensive roadmap from the start — and that includes freelancers and consultants.

We encourage you to involve designers early enough in the process that they can contribute insight on where to invest their efforts. They want to contribute efficiently while not leaving their teammates to fill in the blanks down the line.

5. Lord of the Flies

We end with the ugliest of the scenarios. Lack of consensus around the direction of the product leads to poor teamwork, which leads to interpersonal conflict, paralysis, and blame. The tumultuous environment discourages compassion for the people around you, which further erodes consensus. It’s a vicious cycle.

The design process becomes a series of kneejerk reactions motivated by self-preservation rather than progress.

This result can be expected when any of the prior scenarios goes unaddressed long enough. The negative interpersonal qualities compound until process erodes and the team all but collapses. Toxicity, achieved.

We encourage you to embrace empathy, establish a purpose, and build consensus around a plan. Lead by example in opening yourself up to communication and candid feedback in order to create an environment that encourages it. Revisit your process often and let your team contribute ideas that adjust and improve it.

Believe in your own power to influence your team’s success by establishing, and encouraging, shared interests. Be the champion for a healthy process that everyone around you can embrace.

Communication Is the Answer

You probably worked out that there is a common thread to all these scenarios. Yes, kitschy names — but more importantly, communication. It’s amazing what problems occur simply because something simple went unspoken.

Take with you these three strategies that improve the projects that we contribute to on a day-to-day basis:

Encourage everyone to feel equal commitment to and responsibility for the outcome of the product design process, and you’ll prevent nightmares from becoming your reality. 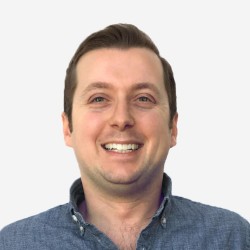 Houston, We Have a Problem  What I Believe  Design Process  Culture  Tips & Tricks

Ditch the dogma. We’re not here to draw party lines. Being truly Agile means embracing other approaches in the spirit of collaboration.

Your new exciting new project needs more hands on deck. Will you hire or bring in outside help? Here’s a quick run down on your options and what to expect.

Nonfiction is where I share my perspective on finding the balance between a sprint and a slog. It’s what I strive for as a designer. Collaborative, user-focused design that strengthens teams instead of churning them.